Warning: Use of undefined constant wp_cumulus_widget - assumed 'wp_cumulus_widget' (this will throw an Error in a future version of PHP) in /home/customer/www/simplerecipes.net/public_html/wp-content/plugins/wp-cumulus/wp-cumulus.php on line 375 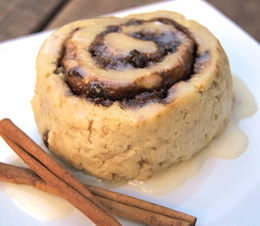 The biscuit dough makes these cinnamon buns nice and flaky and keeps them from drying out. Thanks to Jenny from Savour the Senses for this wonderful creation!